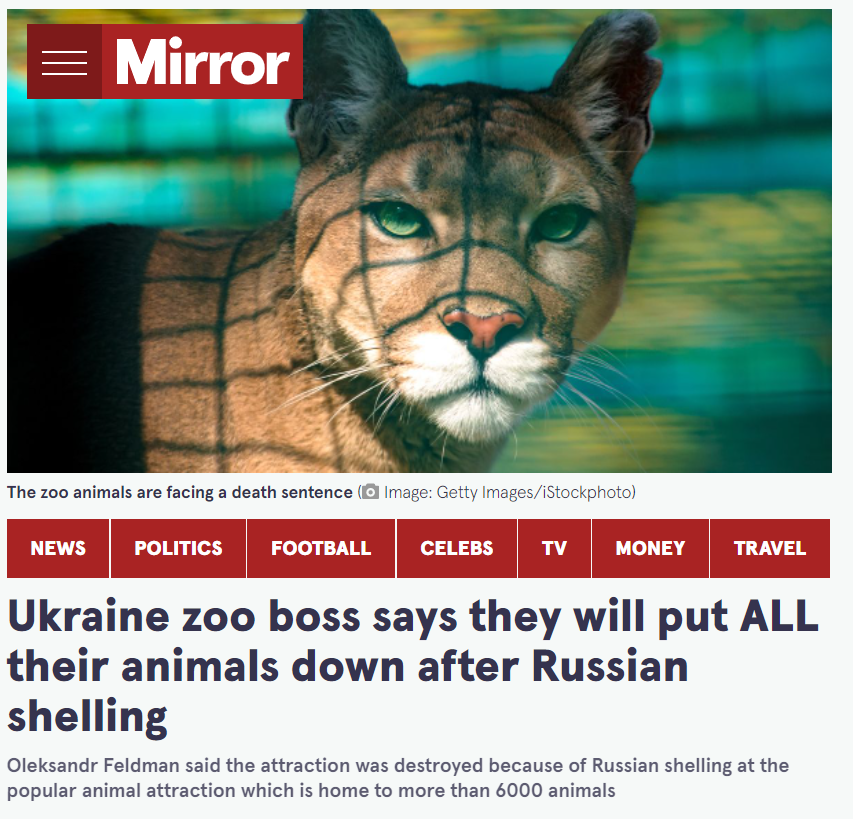 I call bullshit so hard on this…How are the animals still alive but the cages the animals were in have been destroyed by shelling?

What better way to get international headlines and make everyone hate Russia even more than to Murder all the animals and blame it on Russia? This article reeks of propaganda and bullshit so high I want to wretch. It’s as bullshitty as the accusations of Russians shelling the theatre and a car with the word ‘children’ written on/near them. It’s all propaganda and it is disgustingly transparent. If you read the article Feldman states “After yesterday’s shelling, I can say that the park has been almost completely destroyed.” Key word ‘almost.’ Then he states “Animal cages have been destroyed, all the infrastructure has been destroyed, but tigers and lions have miraculously survived. Their cages have been badly damaged, and they can go outside at any moment.” The lions and tigers can go outside at any moment, yet they probably haven’t yet and the cages could probably be repaired. And here’s a good question…how are the cages destroyed yet the animals within said cages are still alive? That doesn’t make sense. Pics or it didn’t happen. There are no pictures of the damaged zoo attached to the articles. Suspicious and Stinky.